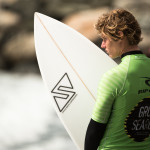 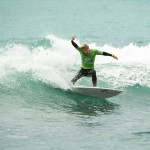 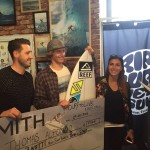 On 28 and 29 March 2016 started in Levanto the second edition of the RIP CURL GROM search valid as the first stage of the Italian FISURF JUNIOR Championship. The gategories who competed were: U10, U12, U14, U16, U18 and U12 GIRLS.

The Ligurian surfer Thomas Alfonso, 16 years not yet completed, won the first place in the category Under 18. Thomas in addition to winning the contest remains a good choice of Twinsbros Surfboards Family. Will be released in these days the official news that Thomas from 2016 will be one of the young promoter for Twinsbros Surfboards.

Thomas thanks his sponsors: TwinsBros surfboards, BlackWave (new TEST center Twinsbros Surfboards for Liguria) and Reef. Special thanks also to Nicola Bresciani Surf Coaching who has followed and prepared Thomas both in Morocco and in Sardinia and that throughout 2016 will continue to follow him.

Here are some shots taken by Alois Maurizi which see Thomas in action during RipCurl Grom Search in Levanto.

See the report on Surf Culture